Just as in the Aughts, when people still read blogs, in the 90s, people subscribed to magazines. These were the decades of my childhood, reading and news consumption was different then. You paid $29.99 a year for several Ivy League dicks to repackage a Pentagon press release so you could learn about “The Crisis in Somalia,” it sat on a coffee table as a kind of milquetoast status symbol, and then, sometime around April, the charge would fuck up your checkbook balancing because you forgot about it and like a New Year’s Resolution during a hangover, you’d decide to pick it back up before remembering Joel Stein as a kind of a blowhard failson and continuing the coffee table ritual once again.

This phenomenon for the reader is remarkably similar to what vain, unpaid indie blogger holdouts experience with their yearly WordPress webhosting bill a full two decades after blogs stopped being relevant reading, as the discourse went bite-sized, or devoured through earbuds by a half-asleep light rail commuter. I live, still, a year later, and for some reason still yearn to broadcast my dropout garbage person thoughts into the ether. My relationship with blogging, characterized as a sort of half-talk-radio-half-newspaper-column informal article writing, is not unlike my stormy betrothal to fiction writing. You sit on ideas, procrastinate, allow yourself to atrophy, and then ultimately decide getting back to your marital home half shitfaced is probably going to get you in more trouble than disappearing onto a westbound Greyhound bus route for a week or two until somebody files a missing person’s report.

Admittedly, my laziness is a blessing here. I lost my debit card in an ATM inside of an Arby’s twice last year, and waited until the final hours of my renewal period to decide to probably start writing again. An election year, traditionally, is my time to shine. Around the start of 2020, I figured I’d throw on the jaded black hoodie of my vandal youth and don my “I’m only in it for the horse race” hat and prepare to clown the sinister and false earnestness of the Democratic Party’s primary process while also couching hope that the age of illiterate, frothing-mad fascism of Republican power is waning. This spurt of productivity didn’t materialize, thankfully, or I’d be subjected to an embarrassing internal dialogue as I reviewed those posts, ridiculing my fleeting hope that a man like Bernie Sanders was a Sure Thing after vanquishing a rat-faced neoliberal mayor spouting empty platitudes in a deliberate clusterfuck Iowa Caucus, the narrow triumph in hard-nosed New Hampshire, and a complete, victory-lap worthy blowout in Nevada before watching voter suppression, an in-the-tank media apparatus and the antibodies of the Party Elite work in wish-dashing concert to coronate a senile Blue Dog Democrat with sexual assault allegations to go up against Lawrence Limburger from Biker Mice from Mars in November. 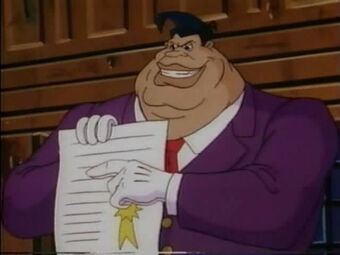 How embarrassing that would’ve been, for me. I’m not particularly incisive regarding policy or legislation, but for a moment I had found a reluctant compromise in the Sanders campaign. He’s the only half-decent man to have a viable run for the office since The Party fucked McGovern, so it was only natural for him to crumble under the weight of an oppressive and insincere fetishization of civility and a craving for the same corporate-consolidated “normalcy” that has fucked the average worker since the dawn of economic globalization. As I sit here, at my deemed-essential night shift position, in Plague April reeking of hand sanitizer, I can’t help but feel smug as I reminisce over the last month’s total failure of Holy Free Market Capitalism, and inspired by the acts of Mutual Aid helping keep knots of people afloat. Like a bittersweet Charlie Horse, a spasm of both teenage anarchist “told-you-so” sure-headed glad-handing meets my regrettable cautious optimism that perhaps, representative democracy might do the right thing for once and it might be a laugh to, as ironically as possible, celebrate the Fourth of July in 2021.

It was not to be.

But they had to cheat. Fifteen years of hammering Emma Goldman quotes on electoralism into my brain didn’t dissuade me from getting taken by the siren song of wondering if for once in the thirty years I’ve been on this planet, everything wouldn’t intentionally and systemically suck fucking shit. What a fool, to even momentarily think you could vote your way through a middlemen orc horde snarling on behalf of the pedophile Monopoly Men, when the answer, of course, as I’ve known for most of my adult life, was to come together and raise a mob of Marauders, knives in their teeth, and rampage until the vampires and their world have been reduced to ashes beneath thousands of pairs of vegan Doc Martins.

For now, we peer through the blinds of our homes to gaze at empty streets, emerging to porches, stoops, or balconies to howl at the moon and hope some nurse working on a living will after a triple shift takes it as a sign of encouragement and appreciation. Times are strange again and we’re more isolated, now as a matter of safety, than in any other era of crisis. The window for change hasn’t shut in the umpteenth hopeless sham election season, but perhaps this time, for many, it’s shattered, revealing the small but eternally present and ferocious Committee to Actually Solve the Fucking Problem, a subsidiary of the Arsonist’s Union Local, squatting the basement behind it, ready to spray homebrew Narcan up your nose and get your battered heart beating again.

With that, I suppose I feel like I could hit another stride. I’ve needed the exercise. I had some new ideas for beats, but in a world where steeling up to walk into a SuperTarget desperate for refried beans and toilet paper feels like holding the piss from running down your leg before a gladiator match, my harassment of city council meetings will apparently have to wait. We recommence, fully committed to be a pain in the ass again in the hopefully not-so-distant future, relishing in the extended play you can only reach people with from a platform that will ban you for looking at a white supremacist crooked.

Be well, and consider wearing a mask well after we finally defeat The Germ.